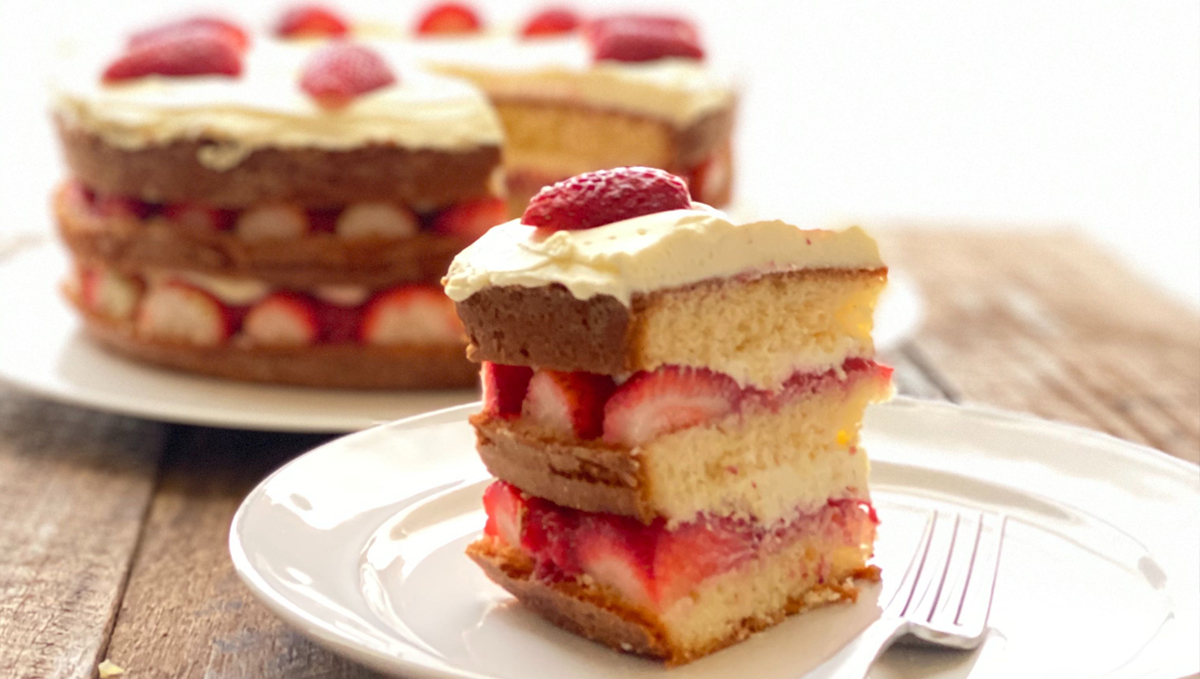 – Pinch of Cream of Tartar

Preheat oven to 150°C. Grease and Flour a 23 cm round Springform pan.

Place the dry ingredients in a mixing bowl. Use a whisk to blend the Flour, Baking Powder, and Salt together. Set aside.

In a stand mixer, beat the Sugar and 2 Eggs and 3 Yolks until light and fluffy. Slowly add in the EVOO until it is mixed in well. Add in Water and Vanilla Extract. Fold the Flour into the batter. Set aside.

Clean the stand mixer. Using a whisk attachment, whip the Egg White and Cream of Tartar until foamy. Increase speed to medium high, add in 3 tablespoons of Sugar slowly and whip until glossy soft peak. Using a spatula, fold the Egg White mixture into the Flour batter mixture, a third at a time.

Pour batter into prepared round pan. Level the batter. Tap the pan gently to expel any trapped air. Bake for 40-50 minutes or when tested with a skewer, it comes out clean. Cool the cake for 5 minutes and unmould onto a wire rack. Decorate when the cake is completely cooked.

Step 1. Set aside about 24 large Strawberries for decoration.

Step 2. Quarter the remaining berries, mix it with Sugar in bowl, and let sit for 1 hour, stirring occasionally.

Step 4. Simmer Kirsch and reserved juice in small saucepan over medium-high heat until syrupy and reduced to about 3 tablespoons, 3 to 5 minutes.

Step 5. Add reduced syrup and salt to macerated berries and toss to combine. Set aside.

For the Whipped Cream:

Step 2. Reduce speed to low and add cream in slow, steady stream; when almost fully combined, increase speed to medium-high and whip until stiff peaks form, scraping down bowl as needed (you should have about 4½ cups).

Step 1. Using a long serrated knife, cut 2 horizontal lines around sides of cake. Using the scored lines as a guide, cut cake into 3 even layers. 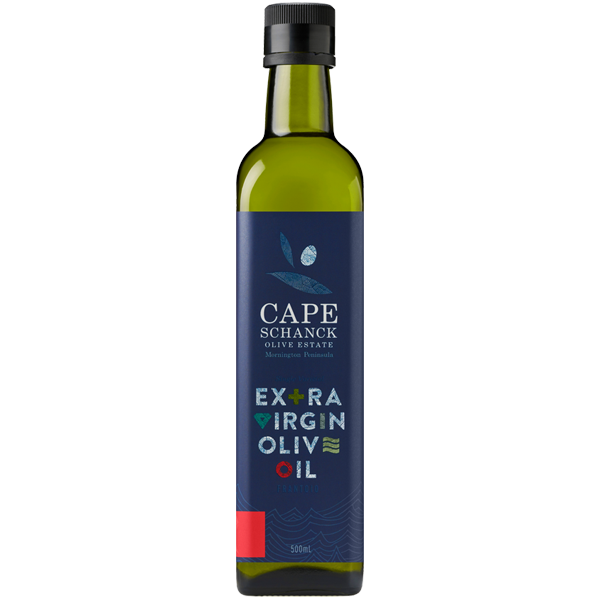 Sign up to our complimentary online Members Club and receive:
– 10% Discount on All Online Orders*
– Free Shipping on Orders Over $100*
– Plus More!

TAKE ME TO A DARK, COOL PLACE.

The grove catches the rugged winds from Bass Strait and prospers from the coastal climate and rich sandy soils of the Mornington Peninsula.